The Bulgarian government said it had reached an agreement with the United States on the supply of liquefied natural gas (LNG). 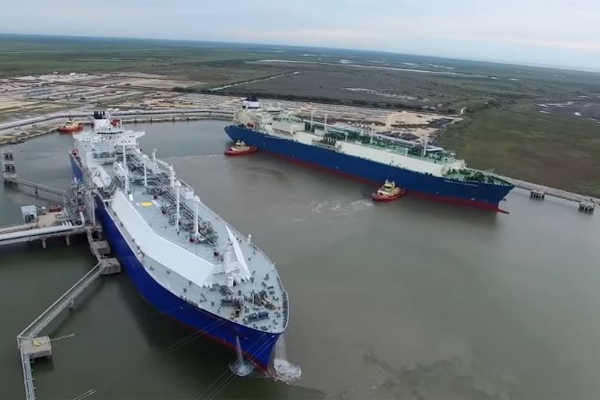 In particular, Bulgarian Prime Minister Kiril Petkov met with US Vice President Kamala Harris. The parties agreed that from June the United States will supply LNG to Bulgaria at prices lower than those of Gazprom.

“It was a fruitful visit, we also talked about gas supplies. Already in June, the first tankers will arrive with gas, which will be at a price slightly lower than the cost of gas from Gazprom. We have begun negotiations on concluding a long-term contract, the cost of gas in it will be even lower. I won’t name exact prices yet. The delivery route is being specified, probably, the gas will go through terminals in Greece or Turkey,” the Prime Minister explained.

“The LNG supply agreement with the American company will be concluded by Bulgargaz, there will be no intermediaries. The official contract for the first supply of liquefied gas will be signed in the coming days, and the preparation of a long-term contract will take more time,” – noted Petkov.

Earlier, Bulgarian President Rumen Radev commented on the news about the supply of LNG from the United States, stressing that any attempts to diversify gas supplies to the country should be welcomed. “Every diversification experience in the energy sector needs to be supported, but I can’t comment on this deal without having the exact parameters,” Radev said. “It is very important that the government seeks the best conditions for Bulgaria, not only in terms of price, but also in terms of sustainability of supply, so that Bulgarian businesses and other consumers can predict their costs.”

Recall that at the end of April, Gazprom sent a notification to the importing companies of Poland and Bulgaria about the termination of gas supplies from April 27 due to their refusal to make final settlements in Russian rubles. Bulgargaz said: “After an analysis by the state-owned company Bulgargaz and the Bulgarian Energy Holding (BEH), it was found that the new two-stage payment procedure proposed by the Russian side does not comply with the agreement valid until the end of the year and carries significant risks for the Bulgarian side. Including making payments without receiving gas from the Russian side.” It is also alleged that the Bulgarian side has fully fulfilled its obligations to pay for gas.

Government spokeswoman Lena Borislavova told bTV: “There is no risk to the country’s energy security, we have been prepared for such a scenario for a long time, the prime minister has been notified of what is happening.” It is noted that the Ministry of Energy, BEKH, Bulgargaz and Bulgartransgaz have taken action on alternative gas supply agreements. Currently, there are no restrictions on gas consumption in Bulgaria. :///

Message Bulgaria will receive the first LNG from the US in June first appeared on TECHNOBLOG.