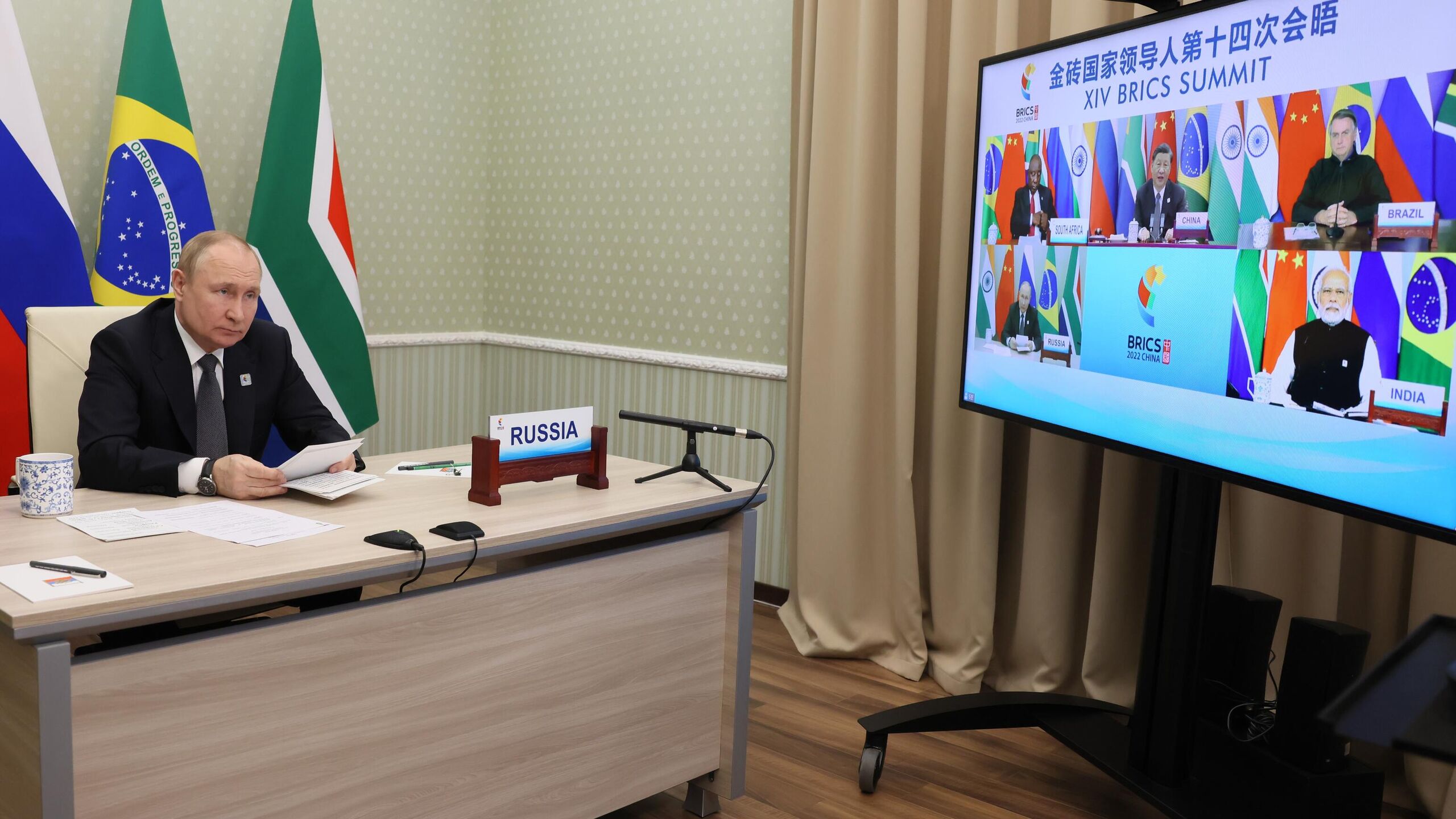 Chinese President Xi Jinping held a key position at the 14th BRICS Leaders Summit on June 23, which was held via video. He delivered an important speech titled “Build high-quality partnerships, jointly create a new era of global development.” In response to the current contradictions and challenges facing the international community, he put forward positive proposals and the hope that the role of the BRICS cooperation mechanism will develop and the participating countries will start a new path, becoming a positive, stable and creative force in the world.

The BRICS Cooperation Mechanism is an important platform for cooperation between emerging market and developing countries. Since its inception in 2006, it has piloted a number of successful partnership models. In an environment of trade protectionism and globalization, when countries have to “move against the wind”, and especially when unilateralism and hegemonism flourish under the leadership of the United States, it is very important how the BRICS countries should build high-quality partnerships and accelerate the opening of new avenues of cooperation. The countries of this association have a strong common desire to strengthen global governance, an obvious complementarity in the economy, and a strong desire to multiply trade and investment development. They are an important force in maintaining peace and development throughout the world.

The modern world faces many challenges as it develops and changes: the Cold War mentality is showing signs of a resurgence, ideological and value confrontations are becoming more prominent, trade protectionism and unilateralism are beginning to prevail, regional cooperation is deviating from the basic tenets of multilateral trade, and the first sprouts of narrow focus are emerging. Under the guise of maintaining world order, the United States has often imposed sanctions on those who do not go with the flow, and humanity has entered a critical moment to decide where to go next. As important emerging markets and major developing powers, the BRICS countries must take responsibility, stand up for equity and fairness, and promote the practice of true multilateralism in the international community.

In the face of the anti-globalization trend, the BRICS countries must become a powerful force for promoting a new type of globalization. Traditional globalization is based on US priority development, dollar hegemony and US manipulation of international rules. With the gradual loss of dominance in the aforementioned areas, the States began to abandon the original system of rules, advocating the creation of exclusive “small circles” and trying to enforce new laws more suitable for the principle of “America First”. For example: The Council on Trade and Technology created by the United States and the European Union, and the “Indo-Pacific Economic Structure” that America is trying to create in the Indo-Pacific region are all mechanisms developed by the United States that go against the trend of globalization. and are typical exclusive “small circles” that do not contribute to the healthy and stable development of the world economy and trade. On the other hand, the BRICS cooperation mechanism fully reflects the unanimity and mutually beneficial cooperation, is an effective mechanism for inclusive development, so the countries of the group should continue to build up mutual economic and trade partnership, develop on the basis of equality and mutual benefit, so that the people of all countries receive more benefits and savings. .

The commitment to greater openness is an important driving force behind BRICS cooperation. This association is not a closed club and not an exclusive “small circle”, but a big family helping each other and good partners for mutually beneficial cooperation. Openness is still the leitmotif of the modern world. This is the basis for mutual integration and development of all countries. The reason why the BRICS mechanism has become an attractive platform for development and cooperation is that favorable conditions are created within it for unification and progress. To make this a full-fledged reality, member countries must adhere to openness and inclusiveness so that their enterprises can fully realize the efficient allocation of resources and maximize the benefits of economic development in broader areas. This is the main strength of the BRICS cooperation mechanism, so it will be easy for countries to reach a consensus to strengthen the interpenetrating market opening. Especially in the current situation, when the US and some of its allies are trying to create various forms of “small circles”. The development of BRICS cooperation and its real results will show the world what true multilateralism is, and economic indicators will convincingly prove that openness is the driving force of real economic development.

The BRICS summit is a key meeting taking place against a certain historical background. From the speeches of the BRICS leaders present at the meeting, it is clear that everyone is interested in building a quality partnership and finding a new way of cooperation for the member countries of the association. It is expected that after the summit a number of new proposals for cooperation will appear, which will contribute to the development of mutual trade and investment. The achievements of the cooperation mechanism will also make a positive contribution to the development of the world economy.

The US is forming a new alliance. This time against China

Kyiv region – A temporary modular town will operate in Bucha