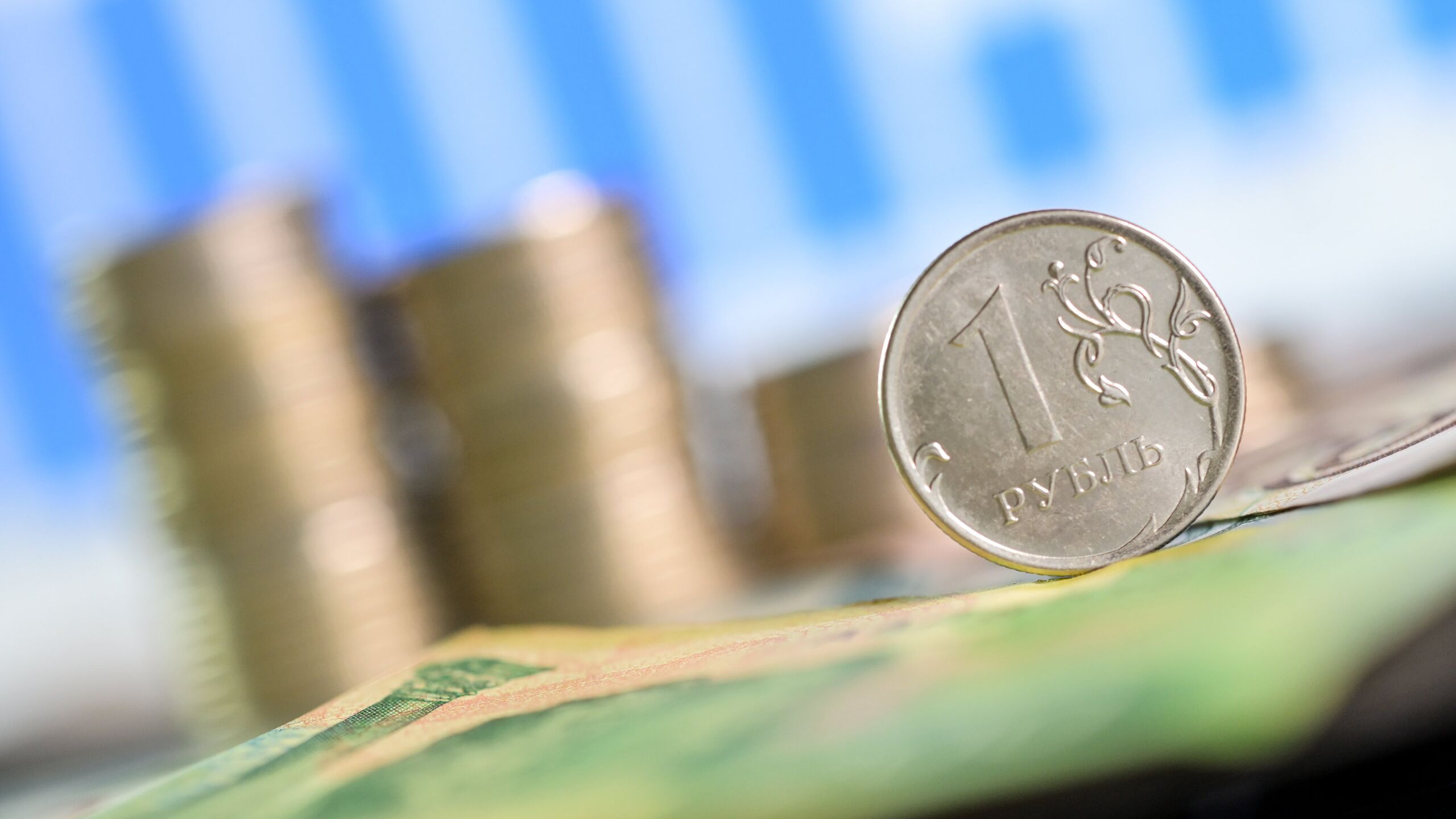 The ruble did not turn into “rubble”, as US President Joe Biden foretold. Instead, it hit a seven-year high in terms of continuous growth and became the strongest currency in the world this year. On June 21, a number of experts told Huanqiu Shibao that behind the “defensive war to defend the ruble” were years of careful preparation by Russia. Its strengthening also means that Moscow is still fighting back against numerous packages of financial sanctions from Western countries.

The ruble did not turn into “rubble”, but became the most powerful currency in the world

On June 20, the ruble rose 1.73% against the US dollar, reaching its highest level in seven years since June 24, 2015. With a 35% gain, it also became the strongest currency in the world this year. According to the US media, it is unlikely that the dollar will “break” the ruble within a year.

In an interview with Huanqiu Shibao on June 21, Zhang Hong, a researcher at the Chinese Academy of Social Sciences Research Institute for the Study of Russia, Eastern Europe and Central Asia, said that the ruble did not turn into “rubble” as US President Joe Biden foretold. This means that the desire of Western countries to plunge the Russian economy into a swamp by accelerating the crisis of the national currency with the help of financial sanctions has burst like a soap bubble.

As can be seen from the graph of the exchange rate of the ruble against the US dollar during the year, since the conflict between Russia and Ukraine began on February 24, the currency began to fluctuate greatly. During the ten days of the operation, starting on February 24, the decline continued steadily, and on February 28, the decline even reached an astonishing 25%. On March 7, the ruble exchange rate during the trading session reached its lowest level in 2022 – 154.25 rubles per dollar.

Against this background, US President Joe Biden, during a visit to Poland on March 26, said that “the ruble will soon turn into rubble,” and the Russian economy will halve in the next few years.

However, Biden’s prediction did not come true. On March 11, a turning point occurred – the national currency of Russia launched an absolute counterattack against the dollar and began to grow. Compared to the closing price on June 20 and the low point in early March, the ruble exchange rate against the dollar has almost tripled. At the same time, not only were the positions lost after the start of the operation in Ukraine restored, but there was also an increase of about 30% compared to what it was before the start of the conflict.

Several years of preparation helped to kick back

What helped the ruble to make such a stunning strengthening against the dollar? What does victory in the “defensive war to defend the ruble exchange rate” mean for Moscow?

According to Zhang Hong, after the outbreak of the Crimean crisis in 2014, Russia began long-term preparatory measures in the field of finance.

During the nine years of Western sanctions, Moscow engaged in “de-dollarization” and actively retaliated in the course of the economic confrontation with Western countries. According to the Central Bank of Russia, compared to 2014, by the end of 2021, there was a significant decrease in assets in US dollars, euros and pounds sterling in the state’s foreign exchange reserves. In addition, in order to protect against the sudden use by the West of “financial nuclear weapons”, namely, disconnecting the country from the international interbank information transfer and payment system (SWIFT), which would lead to paralysis of the Russian financial system, in 2014 the Central Bank of Russia created a system financial messaging (SPFS) to replace SWIFT in case of emergency.

Since the start of the conflict, the West has imposed a series of economic sanctions on Moscow. Foreign exchange assets of the Central Bank and other commercial banks of Russia were frozen. Western countries have also banned the country’s government and banking institutions from issuing international bonds and disconnected its key financial institutions from the SWIFT system.

In response to a series of “blows” from the West, Russia began to take retaliatory measures. First, in order to prevent the outflow of foreign currency and promote further strengthening of the ruble, on February 28, the Central Bank of the country announced that it was raising the base interest rate from 9.5% to 20.0%. In addition, the bank introduced the mandatory sale of foreign currency and restricted its export abroad, as well as introduced capital controls. Russian export enterprises had to sell 80% of foreign exchange earnings, people were forbidden to take abroad cash foreign currency worth more than $10,000, and the monthly amount of transfers by Russian residents abroad should now not exceed $5,000.

According to Zhang Hong’s analysis, due to the mandatory sale of foreign currency, at least half of the export operations of enterprises were forcibly converted into rubles, which led to a high demand for them in the market. Export transactions in dollars or euros could not be carried out in Western banks, the currency had to be sold to the Central Bank of Russia and converted into rubles, which significantly increased the demand for it and led to its further growth. Thus, the rate of the national Russian currency, which reached the bottom on March 7, quickly recovered. In early April, it would already be below 80 rubles per dollar, thereby returning to the level before the Russian-Ukrainian conflict.

The decree on settlements in rubles is a great power

In the “defensive war to protect the exchange rate of the ruble,” the decree on making payments in rubles played a key role.

On March 31, President Vladimir Putin signed a decree on natural gas payments in rubles, according to which trading partners included in the Russian “list of unfriendly countries and regions” must use the ruble as a settlement currency, otherwise they will be “cut off” supplies . This requirement further increased the demand for the Russian currency in the market. Statistics show that the above list includes 48 states and regions, including the United States, European Union countries, Great Britain, Canada, Japan and others.

Behind the decree on settlements in rubles is Moscow’s strong energy advantage. According to EU data, the share of natural gas imported from Russia is 41% of the total consumption of this fuel in Europe, and the share of gas imports by Hungary, Latvia, Finland and other countries exceeds 90%. Reports show that Germany, France, Italy, Austria, the Czech Republic and other countries have started using the ruble to pay for natural gas, while Poland, Bulgaria, Finland have refused and lost supplies.

Prior to the implementation of this decree, payments for natural gas imported from Russia by the countries of the European Union were mainly made in dollars and euros. Payments were made by financial institutions outside the country. However, after the decree came into force, European enterprises were forced to open a ruble account with Gazprombank and make payments after converting foreign currency.

The decree on settlements in rubles significantly increased the demand for it. In addition, thanks to domestic banking operations, Russia took possession of foreign exchange earnings, which reduced the risk of freezing foreign exchange earnings and led to the fact that Western countries began to bear the risks of fluctuations in the ruble exchange rate. According to Zhang Hong, this means that the entire transaction process and control rights were transferred to Russia, which served as a breakthrough point in countering the financial sanctions of the West.

The decree went into effect on April 1st. From then until June 20, there was a steady increase in the ruble exchange rate, as a result of which the maximum over the past seven years was updated.

Zhang Hong believes that the ruble has not turned into “rubble” and even strengthened significantly compared to what it was before the conflict in Ukraine. This is of great importance for Russia.

According to Zhang Hong’s analysis, “the logic of the West is to first defeat the Russian financial market, then the Russian real economy, Russian politics, and finally exhaust the entire country through economic sanctions and trade embargoes.” According to the expert, Russia is currently effectively resisting numerous packages of economic sanctions from Western countries, the country’s finances and economy remain stable. The West’s plan to use the exchange rate as a tool to bring down the Russian economy has failed.

“The depreciation of the ruble can cause panic in society, a crisis and a large-scale outflow of capital, as a result of which the confidence of the population will be lost. Therefore, a strong ruble has political significance to a certain extent.” Zhang Hong believes that the Russian government also hopes to send a political signal about the stability of the country’s economy and politics in this way.

The expert noted that since 2014 Moscow has been creating a “financial firewall” to prevent geopolitical risks. Through a long-term early warning mechanism and policy framework, combined with short-term countermeasures, Russia has succeeded in making the ruble the benchmark for the country’s economic stability.

Luhansk region June 24 – The invaders continue the offensive, which is known

Cannes Lions 2022 – Diya received the Bronze Lion of the festival