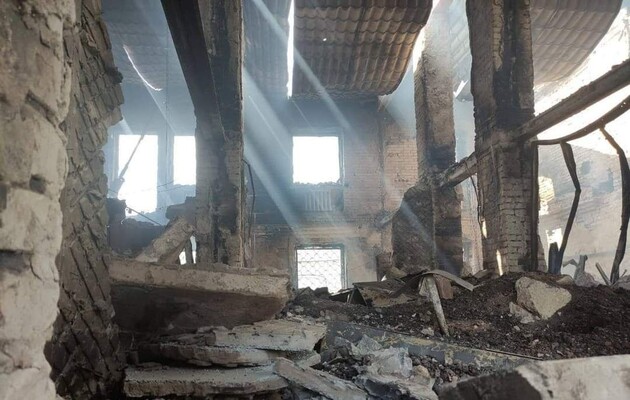 Ukrainian servicemen who oppose the Russian invaders on the territory of the Azot enterprise in Severodonetsk, Luhansk region, may have to retreat to more fortified positions due to significant damage to the protective structures in the industrial zone of the city. This was stated by the head of the Lugansk OVA Serhiy Gaidai in Telegram.

He explained that all the reserves of equipment and personnel of the Russian Federation are moving towards the Luhansk region to enter its administrative borders. This puts the region at risk of complete capture by the Russians.

“Our defenders remained only in the industrial zone at Azot, and they held back the enemy for a very long time, but under constant shelling, a lot of defensive structures were destroyed there and, perhaps, they will even have to retreat to new, fortified areas,” Gaidai said.

According to him, the civilians of the Luhansk region, who are still in the shelters of Azot, may be taken hostage by the invaders if they manage to establish control over all of Severodonetsk.

Gaidai confirmed that now 568 people remain on the territory of the plant, of which 38 are children. Ukrainians categorically refuse to evacuate, despite repeated attempts to persuade them to leave Azot.

Russian troops are now also heavily shelling Lisichansk, including from aircraft and large caliber. However, the authorities still have the opportunity to help civilians and the military in the city.

“Lysichansk is under heavy shelling. We continue to support the life of the city, humanitarian cargo is delivered daily, the “quiet” evacuation continues – about 40 people left today,” Sergei Gaidai said.

Read also: Russia will try to capture four main cities: Defense Ministry on the situation at the front

The head of the OVA also reported on the situation in the settlements of the Luhansk region newly occupied by Russia.

According to him, the invaders are “filtering” the population there, trying to find people with a stable pro-Ukrainian position – activists and those involved in our armed groups, as well as their relatives. In addition, Russian troops abduct some residents and take them away in an unknown direction. They are trying to take away big business from the locals, for example, to take away construction equipment.

The invaders are forcing men to sign “documents” to participate in hostilities against Ukraine in order to use them as “cannon fodder”.

“There are two options – either you go to war, or you just “disappear” in an unknown direction … They are simply thrown into the very mouth of the war – in any direction where you just need to push our defense positions with a number of people,” Gaidai noted.

Earlier, the head of the Luhansk Regional Military Administration stated that the Russians captured two more settlements of the Lugansk region – Loskutovka and Rai-Aleksandrovka.