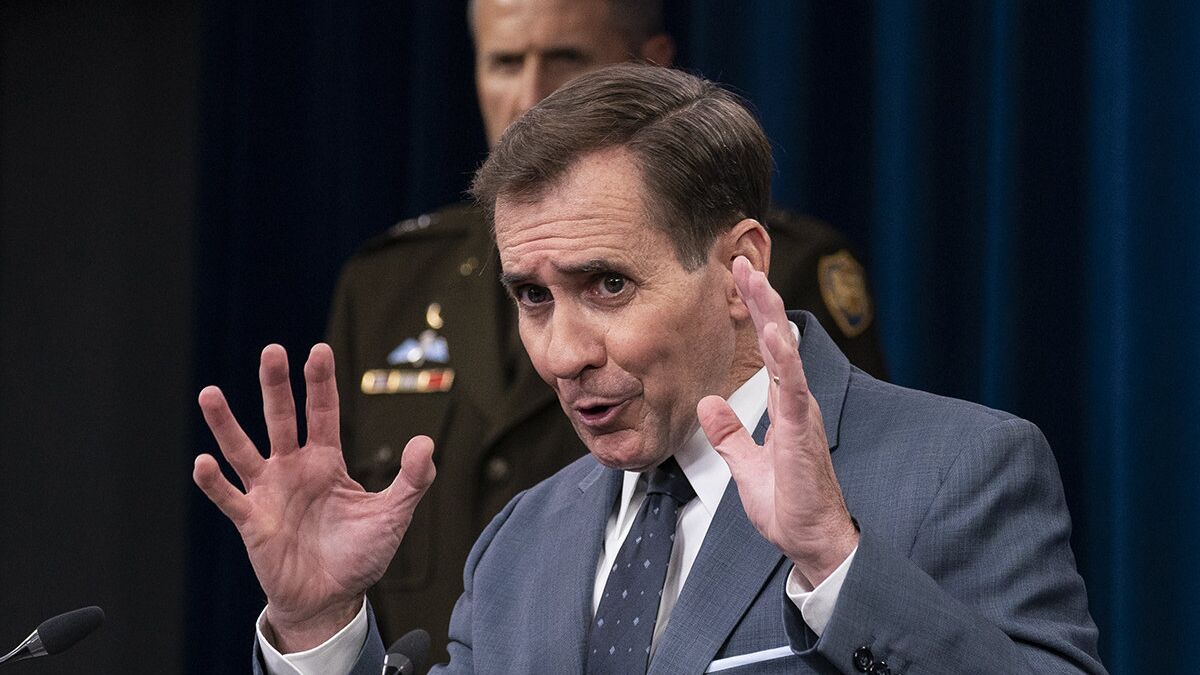 Recently, the attention of the United States was drawn to the news that “Russia overtook Saudi Arabia to become the largest supplier of crude oil to China, and its imports to China increased by 55% in May compared to last year.”

On June 21, White House spokesman John Kirby said that the American side sees this as growing cooperation between China and Russia on Ukraine. Washington expressed clear dissatisfaction with the fact that China refuses to cooperate with “sanctions against Russia.” Kirby said: “As we have said before, we called on China to become a responsible power and join the rest of the world in condemning Russia’s actions in Ukraine and imposing sanctions on Moscow.” He stated that cooperation between Russia and China undermines not only regional but also global security.

However, when the journalist mentioned that “India also buys a lot of Russian oil, which Europe has not taken lately,” the position of the White House was completely reversed. Kirby noted that the American side attaches great importance to the US-India strategic partnership, and India’s decision to buy Russian oil is a sovereign decision of the country, which it makes independently.

When a rabid dog wants to bark, no one can stop it. Let yourself go crazy. China will simply continue to do what it must.

She does not understand any logic, and her attitude is twofold! China will have to deal with this rabid dog for the next ten or twenty years, until a strong wall in the South completely cures its madness!

I think that America is really powerless now, and now she will have to fawn even before India. This, of course, is unexpected.

The United States is buying Russian fossil fuels itself. That’s just the States buy it to maintain world peace, and China buys to destroy the world! To put it simply: as long as China exists, the US will never think rationally. Washington should already be out of its rosy dreams and ready to face reality.

Have you divided oil supplies into democratic and “democratic” ones? Where is the difference?

We call on moldy America to become a nation that knows shame and has a sense of morality. This empire of lies should not exist on the planet. Lies are harmful to the physical and mental health of mankind, not to mention the karmic retribution. Sooner or later, America will pay for its unrestrained language.

Judging by the speech of the official representative of the White House, his skills as a politician are really not very good, and there is nothing in his head. He dug a hole for himself, jumped into it, and then did not know how to get out of it.

Indians can get away with anything because the world doesn’t see them as a threat. Or rather, the United States does not see.

Can Ukraine join NATO? – This is a sovereign decision of Ukraine.

Can Russia set up a military base in Cuba? “We oppose Russia’s intensifying attempts to undermine global peace and will do everything in our power to stop it.

What if this is Cuba’s sovereign decision? We believe that Cuba is not a sovereign state.

Both countries – China and India – are doing well now, only the United States has dementia.

America is again creating conditional enemies for itself.

Does this mean that India can do whatever it wants? Because it does not pose a threat to the United States? It’s not fair!

Silly Kirby said seriously: It’s different, China is a dragon and India is a cow that we can still milk. 😂

What a two-faced bastard! Nasty hooligan!

The louder Washington shouts, the more correct, then, we are doing.

The United States bought so much Russian oil, and still dare to poke others? America, of course, has thick skin on the face, lies and does not blush, but not such a strong face that it cannot be lost.

Is power true? A typical example of harboring “allies” and double standards in international relations, isn’t it? What truth can hooligans talk about?

China’s purchase of Russian oil invalidates US sanctions, so let’s face it, why are they screaming so much.

Needless to say, the US is already hostile to our country in every aspect.

Comrade Kirby, why should China cooperate with the US in sanctions against Russia? Why then is the US not cooperating with China to maintain normal Sino-Russian trade?

China has increased its purchases of Russian oil and gas, and China and Russia have expanded economic and trade cooperation, and the Chinese and Russians are happy. Only you, America, pound your fists on the floor in hysterics.

The United States has schizophrenia and Alzheimer’s disease, terminally ill.

Oil is not drugs, I spend my money and buy cheaper where I can, and who I sell it to has nothing to do with your ugly America.

The United States is more than a year old, why is it still playing double standards? People all over the world know that the United States loves this game. They don’t surprise anyone anymore.

White House Representative: I can lie in front of everyone and still have fun and raise my rating. But in fact, the cymbals are ringing in my head, and the mountain of lies is getting higher and higher. The foundation of the White House is about to crack.

Chairman Mao said long ago, “The American imperialists are very arrogant. Wherever they can be unreasonable, they will be unreasonable. If they have to act rationally, they will still find a way to act unreasonably.” Therefore, one should only deal with these arrogant US imperialists from a rational point of view and pay attention to their methods.

Then buy your own oil, but don’t cry later.

Explosion in Chernobaevka – As a result of the actions of the invaders, two people died

How many people registered for the multi-subject test