On May 27, an asteroid as big as 4 times the Eiffel Tower should pass “near” the earth, about 4 million kilometers away. A distance that should remove us from any danger, although NASA considers this asteroid as “potentially dangerous”.

The end of the world is not for now, or almost. Friday, May 27, the asteroid 7335 with a diameter of 1.8 kilometers is 4 million kilometers from the earth, or 10 times the earth-moon distance. Nevertheless, NASA has classified it as “Potentially Hazardous”because even if it has a very low chance of happening, the asteroid could cause enormous damage to our planet if it were to collide with it.

Discovered on May 1, 1989 by American astronomer Eleanor Helin at the US Palomar Observatory in California, this asteroid was last observed on March 26, 2022. It is classified in the Apollo family, which includes “near-Earth asteroids”. whose orbit revolves around the sun, while regularly crossing the Earth’s orbit. The next flyby is scheduled for June 23, 2055, when it will pass even further, about 70 times the Earth-Moon distance. Amateur astronomers will be able to observe it by pointing their telescope in the direction of the Hydra constellation.

NASA JPL’s Center for Near Earth Object Studies is in charge of monitoring objects approaching the earth. But the capacities remain reduced for the smallest objects, most often detected only a few hours before their flight over the Earth, which poses security problems. 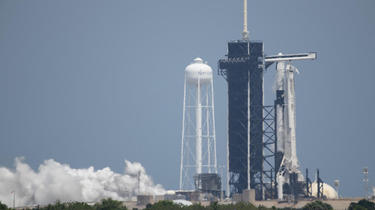 Thus, a new NASA program will come into operation in 2026, the Near-Earth Object Surveyor space telescope. This tool was designed to advance NASA’s planetary defense efforts, including discovering and characterizing most potentially hazardous asteroids and comets within 30 million kilometers of Earth’s orbit.

Montpellier: he sends a (false) bomb alert to the phones of passengers on a train

The Boys, season 3: the showrunner explains why he deleted a scene from the episode “Herogasm”

Rubikon: the frightening trailer of this film which imagines the world facing climate disaster