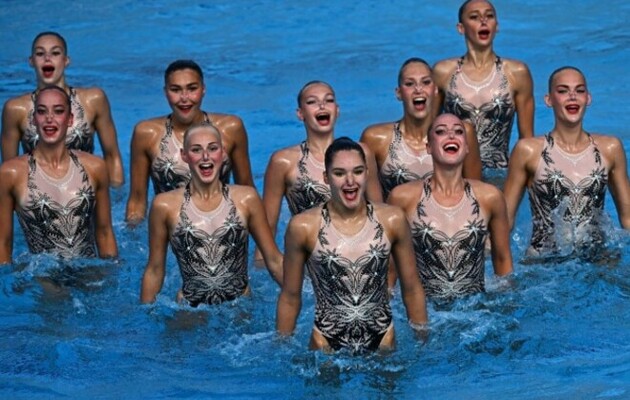 The Ukrainian team won the gold medal in free combinations, ahead of the teams of Japan and Italy.

Synchronized swimming is a water sport associated with the performance of various figures in the water to the music. In 2017, Synchronized Swimming was renamed Artistic Swimming by the International Swimming Federation in an effort to increase the popularity of the sport.

Previously, it was reported that transgender people banned from women’s swimming competitions.